Mikhail Zakin is known for the wheel thrown functional forms for cooking and serving food that she produced early in her career.  She eventually moved away from the functional vessel and began hand building forms that certainly referenced the vessel without being just a vessel.

Zakin began her creative life as a sculptor working with traditional sculptural materials.  When she first encounted clay she was taken by its plasticity and the ability of the artist to manipulate the material and then fire it to hardness.

Zakin built one of the first soft brick kilns designed by Jim McKinnell at her home studio in Closter, New Jersey.  She then worked with the residents of Stony Point, including her mentors Karen Karnes and MC Richards, to build a salt kiln there. Zakin was most interested in the forms she made and the salt kiln produced surfaces that enhanced their surfaces.  Her work from this kiln is in collections internationally.

In 1973 she was instrumental in the establishment of Old Church Cultural Center in Demarest, New Jersey. Zakin a committed and dedicated teacher taught workshops at clay centers until just before her death. The gallery at Old Church has been named Mikhail Zakin Gallery in her memory. 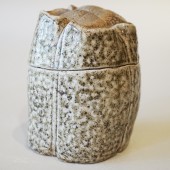 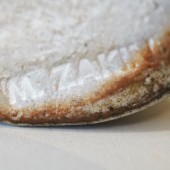 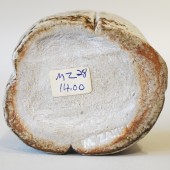