Westmeier's work often feature glazes that produce a copper finish during the reduction process in the raku firing sequence.  Westmeier removes pieces from the 1,800F degree kiln when red hot with tongs, and places each piece into an air-tight metal chamber filled with combustible material (typically sawdust or paper). This step reduces oxygen in the chamber's atmosphere to a minimal level; encouraging color development, especially copper hues with select glazes.

Later in his career, raku work returned to the vessel form. Westmeier throws a variety of vessels which are alters in the leather hard stage and combined to form the ultimate object.

From David Westmeier in July 2017.

CHOP MARK 1975 – 1985: Berea chop represents a sunset over quiet seas, my cerebral safe space...accompanied by a piece made in Berea, discovered on Ebay...Berea Kentucky period: 1975-1985

CHOP MARK 1985 – 1994: Atlanta chop represents myself (fingerprint), a relationship (two crossed lines, as in organic, springtime growth) and a trio of dots, the reason I moved to Atlanta after Berea, a relationship broken down by a triangle. Accompanied by two photos of same vessel, made in Atlanta. Atlanta period: 1985-1994. 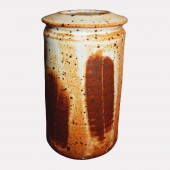 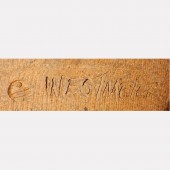 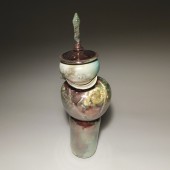 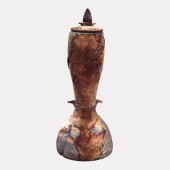 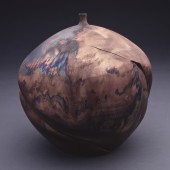 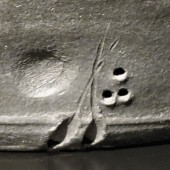 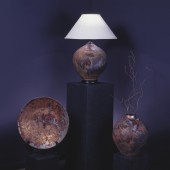 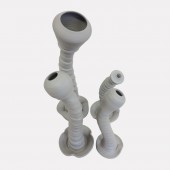 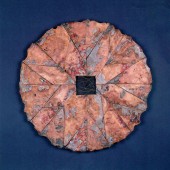