Smith’s pots and beads were influenced by traditional forms used for storage, and also the more modern, commercially viable wedding vases of many Native American historical cultures. Smith carried on the pottery traditions of the Eastern Band of the Cherokee Indian. She worked at various enterprises with her pottery making skills to keep these traditions alive.

The Qualla Boundary is referred to in most of the North Carolina Cherokee potter’s biographies, Anna Fariello reports:  “The land owned by today’s Eastern Band of Cherokee Indians comprises a small portion of the original 140,000-square miles of their homeland in the southern Appalachians. The Qualla Boundary is not a reservation, although many call it that. The land that forms the Boundary was not given or assigned by the federal government, instead the remaining Cherokees purchased the tract after federal removal policies drove most of them westward. By the late 1880s, the land was chartered by North Carolina and recognized as belonging to the Eastern Band.Today’s Qualla Boundary is approximately 56,000 acres, located in Jackson and Swain counties. The town of Cherokee functions as he hub of the community and the seat of tribal government.”  Citation: Anna Fariello 9/9/2017 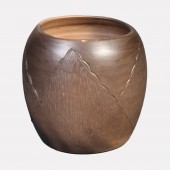 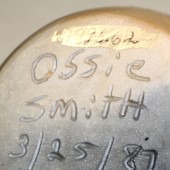 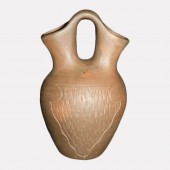 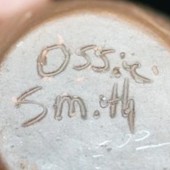 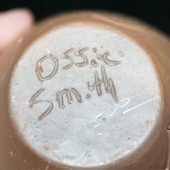