Decorative techniques used are slip trailing, stamping and sgraffito. Motifs are sometimes political and/or educational. She is influenced by the natural world of Cape Cod, by Islamic art and the art and life of the eastern areas of the subcontinent of India. Her research into human trafficking influenced a series "pots with a purpose" meant to educate the viewer.

Sheerin frequently fires in a gas-fueled kiln, but for the past two years (2014-2016) has been experimenting with wood-firing.

Typical stamped “K” or when pot is a collaboration with Hollis L. Engley “HK”. Mark is placed on side of pot near foot or under right side of handle. 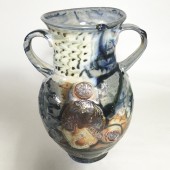 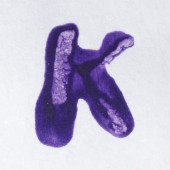 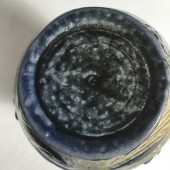