Pete Scherzer is known for thrown and altered functional pieces that often include sets.

Scherzer's work is marked by stylized handles that appear both in functional and less than functional locations. Scherzer’s use of earthenware creates a warm brown to orange hue that is often used seen peering through myriad matte satin glazes on both unglazed and carved surfaces.

Over the course of his career, Scherzer evolved from functional pots to those that incorporated historical ceramic forms and humor.

Daniels, Diana and Martha Drexler Lynn. The Vase and Beyond: The Sidney Swidler Collection of the Contemporary Vessel. Sacramento, CA:  Crocker Art Museum, 2010. 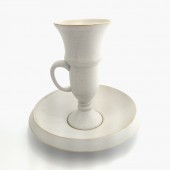 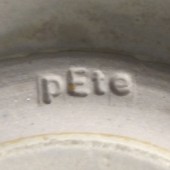 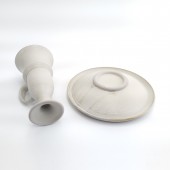 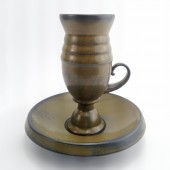 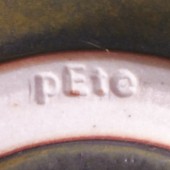 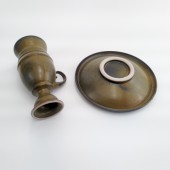