Bill Sax is known for a line of cookware that can be used on the stove top as well as in the oven. The work is characterized by handles that twist like ribbons. He also made full lines of dinnerware that compliments his cookware.

Sax studied with Bauhaus trained potter, Frans Wildenhain, at Rochester Institute of Technology. Soon after graduating he became intrigued by the flameproof clay Karen Karnes used to create her pieces that could be used directly over heat. In1954 after extensive experimentation he developed a clay body with the same properties that he called Flameware. Earth tones predominate on the surfaces of his pieces, usually accented by one other color.

Bill Sax is one of a just a handful of potters who used flameware clay to produce cookware. 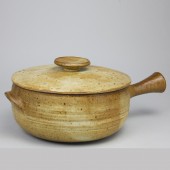 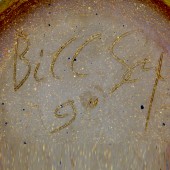 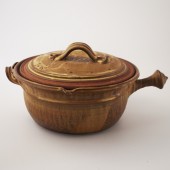 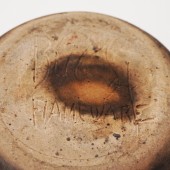 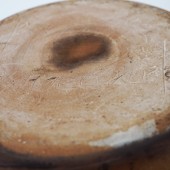 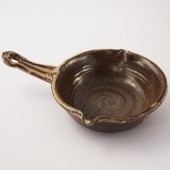 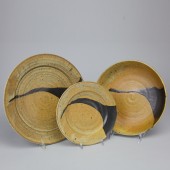 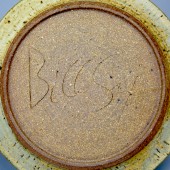