M. C. Richards’ sculptures and vessels are wheel-thrown or hand-built in stoneware, typically, although not always, in an organic, flowing style. Some pieces are raku-fired.

Richards is best known for her book, Centering, published in 1964. She is self-described as a teacher, potter, and poet. At Black Mountain College, some of her collaborators included John Cage, Merce Cunningham, and Buckminster Fuller. There, Richards studied pottery with Robert Turner, her first ceramic instructor. Although she studied with Peter Voulkos for only three weeks, during a summer session at Black Mountain College in 1953, he strongly influenced her life and work. Richards was also greatly impacted by the philosopher and educator Rudolf Steiner; many of her writings and poetry are expansions of his philosophy. In Stony Point, New York, she shared a studio with Karen Karnes from 1954-1964. During this time, she also began teaching workshops in pottery and poetry at Haystack Mountain School of Crafts in Deer Isle, Maine, where Richards met her life-long friend Paulus Berenson; he was a beginning student in one of her workshops. A 1989 interview with MC Richards in The Sun is at
http://thesunmagazine.org/issues/160/uniting_the_opposites page=1#http://thesunmagazine.org/issues/160/uniting_the_opposites?page=1. "Living a Making: Source in the Literary Work of M.C. Richards" by poet Julia Connor is at
http://www.blackmountainstudiesjournal.org/volume7/living-a-making-source-in-the-literary-work-of-m-c-richards-by-julia-connor/ 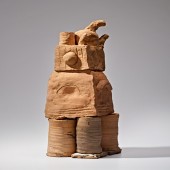 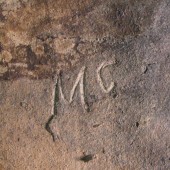 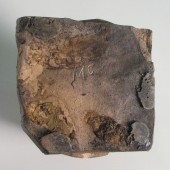