Sally Prange worked with earthenware until 1965, then used stoneware until 1974, and used porcelain for the rest of her career.

She played with the ideas of form and function. Although she chose to throw functional forms, she often altered them in ways that challenge their functionality. A rim that is cut and distorted is a trademark of her work. The surfaces of her pieces are either glazed with the rough textured glazes she called “barnacle” or with very smooth bright colored glazes. Quite often luster played a role in her surface decoration. 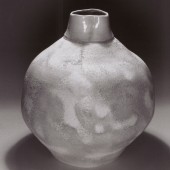 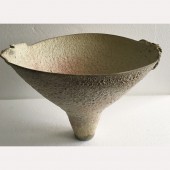 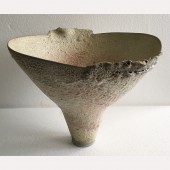 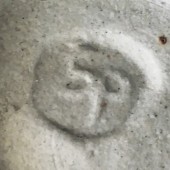 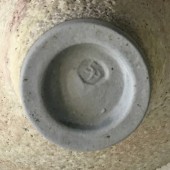