Henry Varnum Poor is best known for his thrown earthenware domestic work especially plates and bowls which were glazed with metallic oxides on slip, often with the addition of sgraffito.

Still lifes, pastoral scenes, portraits and figures were his subjects and reflected his training as a painter and his postimpressionist paintings. He also created many painted and tiled murals in public buildings including the Departments of Justice and the Interior in Washington, D.C.

After returning from World War I, Poor traveled to  NYC to sell his paintings.  During that time he was introduced to ceramics which became his creative focus from the 1920s onward. Poor is considered one of the first studio potters in the USA. His lifestyle embodied the Studio Crafts Movement. Poor  lived and worked for over 50 years at Crow House where he designed and built his home, studio and out buildings.

Poor was one of four founders and the first president of the Skowhegan School of Painting and Sculpture in Madison, Maine.

The Museum of Arts and Design, New York, New York

Clark, Garth and Margie Hughto. A Century of Ceramics in the United States: A Study of It’s Development. Syracuse, NY: Everson Museum with E.P. Dutton and Co. Inc., 1979.

Henry Varnum Poor’s ceramics are typically signed with a linked HVP in which the center V is formed by the right vertical of the H and the vertical of the P angled downward and joined to form the V. Poor adopted this linked HVP mark in the mid to late 1920's, and used it on all his ceramics going forward. In his earlier career he sometimes signed with a straight "HP" in color on the face of the work. He signed his paintings "HV Poor". (Peter Poor, son of Henry Varnum Poor, 3/10/2017) 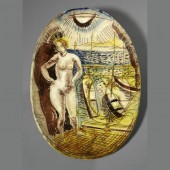 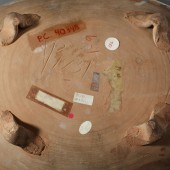 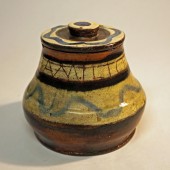 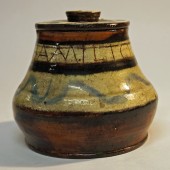 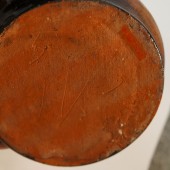 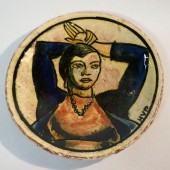 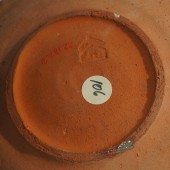 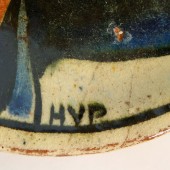 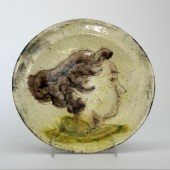 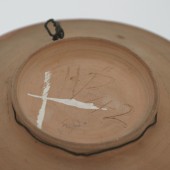