Justin Novak is a ceramic sculptor whose work references the historic figurine.

He has produced two series of work that rethinks the traditional form typically associated with the good life. The “disfigurine” series presents subjects inflicting wounds on bodies either as cuts or bruises. The “21c Bunny” project highlights the nature of violent behavior and the response to constantly feeling you are a predator. Novak hand builds porcelain as in the “disfigurine” series and casts it as in the 21c Bunny project. He uses various firing techniques including raku and electric kilns.

Berelson, Ruth. “Bathing in the Sweat of a Faraway People.” American Ceramics (Spring 2000).

Hubbard, Patricia. “The Function of Beauty.” Ceramics: Art and Perception (2001).

Raynor, Vivian. ”From a Partnership of Elements to a Show of Playfulness.” The New York Times, February 23, 1997. 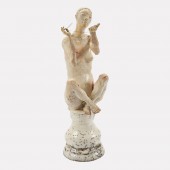 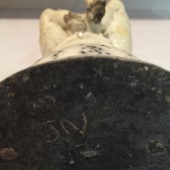 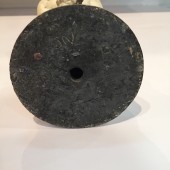