James Melchert is primarily known for bright colored sculptures that reveal his ties to Conceptual Art,  as well as for his later works using factory produced ceramic tiles, in some cases broken, drawn on, reassembled, and painted with glazes.

As a student of Peter Voulkos at Berkeley in the early 1960s he was part of the beginnings of the California Clay Movement. Melchert employed various techniques as needed to produce his work. In 1962 Melchert and Ron Nagle formulated a white earthenware (whiteware) clay which, unlike traditional earthenware, did not dull colors but intensified them. This whiteware advance was immediately adopted by Robert Arneson and others.

In the early 1990s Melchert completed a 225 foot long by 12 foot high tile wall installation at the Massachusetts Institute of Technology biology building. Melchert made the tiles while an artist-in-residence at the Tile Guild Inc. in Los Angeles. The Tile Guild's Artist Residency program allows artists to produce large tile works using a kiln with a capacity of 750 square feet of tile per day.

First introduced to clay when, as an art professor at Carthage College, he was required to teach a class in clay, Melchert enrolled in a summer program at the University of Montana given by Peter Voulkus. He went on to do his MA in Ceramics at UC Berkeley with Voulkus. Melchert taught in the San Francisco Bay area, first ceramics at the San Francisco Art Institute and then sculpture at UC Berkeley.

Melchert’s work was exhibited in the 1967 “Funk” ceramics exhibition at the UC Berkeley.

In addition to clay, Melchert has worked in a variety of media, including photography, film, and works on paper.

An interview with James Melchert conducted September 17 and 18, 2002 by Renny Pritikin for the Archives of American Art's Nanette L. Laitman Documentation Project for Craft and Decorative Arts in America is available at:
http://www.aaa.si.edu/collections/interviews/oral-history-interview-james-melchert-11926. 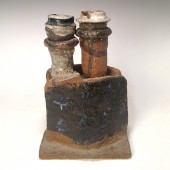 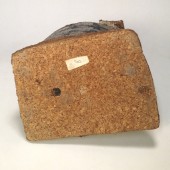 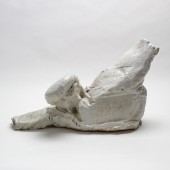 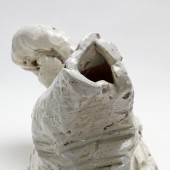 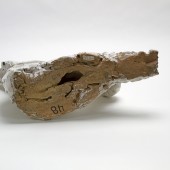 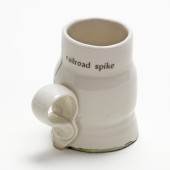 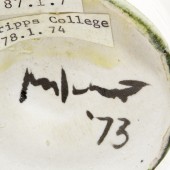 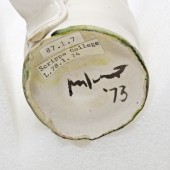 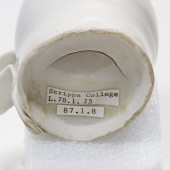 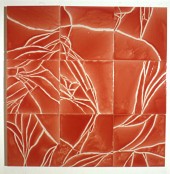