Hsin Chuen-Lin’s work is primarily thrown on the potter’s wheel and then occasionally altered by tearing, pinching or punching, and squeezing. Hsin Chuen-Lin chooses glazes that emphasize the strong thrown forms that characterize his work.

Lin took his first ceramic class in 1981 with Rhan-Nung Wu a well-known Taiwanese potter. He moved to the United States in 1991 and settled in California. Originally inspired by eastern bronzes and ceramics, as Lin’s career grew his influences shifted to American contemporary ceramics. 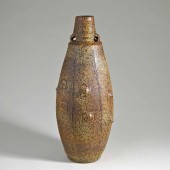 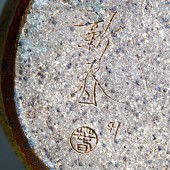 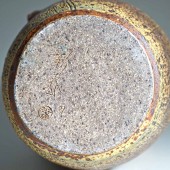