Paul Lanier is a son of Ruth Asawa with whom he occasionally collaborated. He studied with Marguerite Wildenhain at Pond Farm. His work ranges from thrown and altered vessel forms that are wood fired to large murals and installations in public spaces and private residences. Carrying on his mother’s commitment to art education in public schools Lanier has worked as an artist in residence at a number of schools in the San Francisco area creating large scale murals with the students. 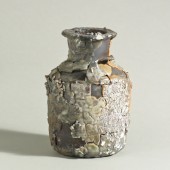 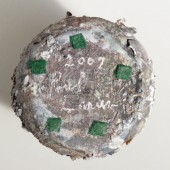