Howard Kottler is known as an innovator in his choice of subject matter and his use of commercially available porcelain blanks, ready-made molds, and decals. As a leader in the Seattle Funk movement, Kottler’s works in the early 1960s were hand-formed, organic sculptural shapes with rough surfaces made by the use of organic materials that were consumed during the firing process. Additionally, his extensive research with Egyptian paste further reinforced the hand of the artist by revealing the marks of the artist’s fingers and tools.

In the late 1960s and 1970s, Kottler became identified with the Pop Art movement as his work moved more toward questioning accepted standards as a vehicle for social commentary. The use of controversial subject matter for ceramic art was part of the shock effect of Pop Art’s rethinking of what was appropriate for an art object.

Having learned to use decals at the Arabia Factory in Finland (1957), he began using mass-produced porcelain blanks with commercial decals that he cut and altered for maximum effect. The use of these materials developed into a major body of work dealing with social and political as well as twisted art historical images. As an example of his decal work, his plate series, numbering more than 1000 variations, was radical on two fronts: Not only was the imagery confrontational, but also, was the unheard-of use of commercially-produced ceramics as a canvas for manufactured decals. Kottler used the juxtaposition of these products to highlight the moral and ethical conflicts inherent in the reality of the social and political issues of the day namely, Watergate and the Vietnam War. Unfortunately, his intent, in these works, was often misinterpreted as an affront to craftsmanship and the studio potter.

Other series were pots and vases that relied on imagery influenced by his love of the Art Deco movement, satirical presentations of objects trapped in the molds of their fabrication, and a series of self-portrait silhouettes using his infamous Fu Manchu mustache. Kottler’s ceramic art can be truly said to have set the stage for a new genre of in-your-face clay, a genre which is alive and well today.

The Marks Project would like to thank Judith Schwartz for contributing this essay, December 14, 2014.

Back stamp mark is a decal in platinum used only on Howard’s plates,… those store bought decal manipulated plates are from ’65-through 80’s. His last name Kottler was carved into wet clay and his other back stamp H with a K crossed over —both of these were used interchangeably on all other works 57- to death in 89. (Judith Schwartz 12/13/2016) 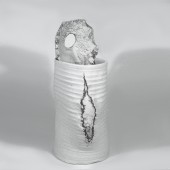 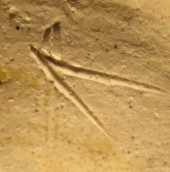 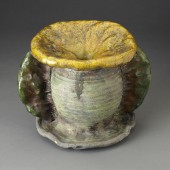 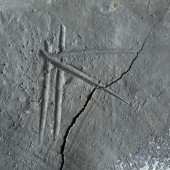 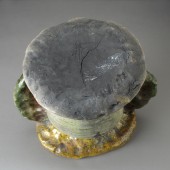 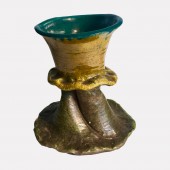 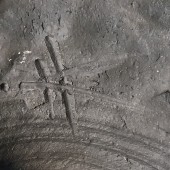 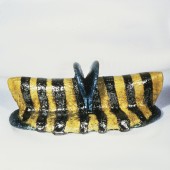 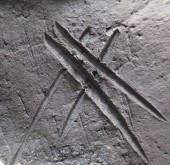 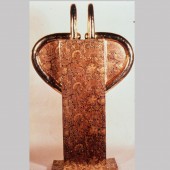 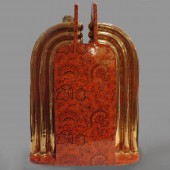 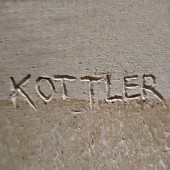 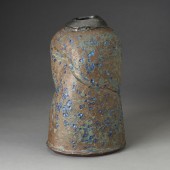 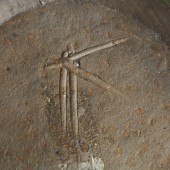 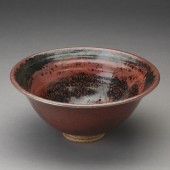 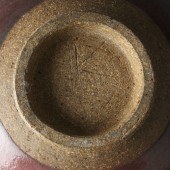 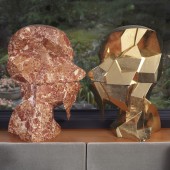 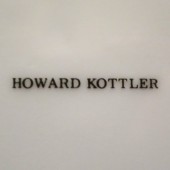 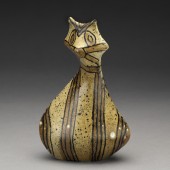