Sally Jaffee’s functional works begin with thrown white stoneware forms which when dry are first covered with a black slip followed by a layer of white slip in areas intended for decoration. Areas to be etched are outlined and filled with black and grey slips then the pattern is etched. Red glaze is applied to the undecorated area of the form and then fired in an oxidation atmosphere followed by a second low firing to give a satin finish. Asian aesthetics and in particular wood block prints are an ongoing inspiration for Sally Jaffee. 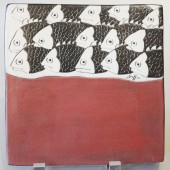 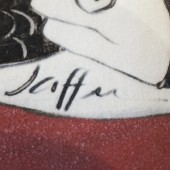 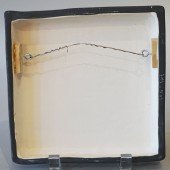