Richard Hensley is known for wheel thrown high fired functional porcelain. Many pots are slip cast and fired in a gas kiln in a reduction atmosphere. Surface techniques include: wax resist; patterned stamping in leather hard stage; imprinting from slip cast mold; stylized tracery drawing; and the application translucent blues and celadon glaze. Hensley frequently uses a runny ash glaze to encourage the glaze to gather in the stamped areas and produce a deeper color variant. After bisque firing the form a wax resist method is used to develop patterns. The natural world is referenced in the motifs of leaves and flowers seen in finished work.

Since 1976, Hensley has lived and worked in Floyd, Virginia with his wife and fellow potter, Donna Polseno. As an accomplished mold maker, he also creates molds for his wife.

Hensley is a co-founder of 16 Hands, a ceramic co-operative based in Virginia. 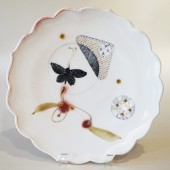 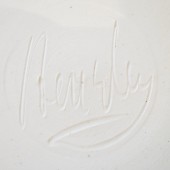 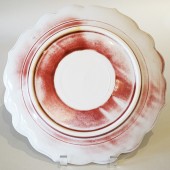 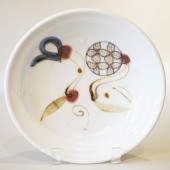 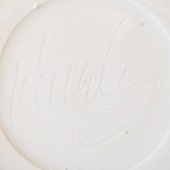