Don Hanson is known for functional and decorative ceramics. His work is designed by referencing historical pottery using timeless classical forms. Hanson creates using a variety of clays, and firing methods. He uses a variety of decorative techniques but has a focus on slip trailing. Work is glaze fired in both natural gas kilns (cone 11), and electric kilns (cone 8 – 10). His functional and decorative work span from sturdy earth toned stoneware to delicate translucent porcelain vivid in color. For the latter, Hanson is known for calligraphic markings using the slip trailing technique, notably on the interior of bowls.

Hanson, can be considered a regional potter as he sells his work within the region of his studio and kiln. Additionally, he sells his work in non-traditional venues such as regional airports with flights departing for unusual locations such as the North Pole or small Pacific Rim Nations, in display cases in office buildings, and at artist demonstrations at conventions for purchase by conventioneers.

His expertise as a ceramics technician, coupled with marketing skills, allows for a marriage of both creative and practical endeavors leaving his audience with fresh and inviting work from every making cycle. 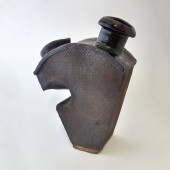 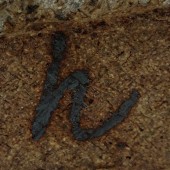 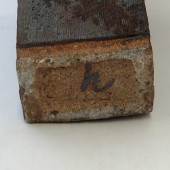 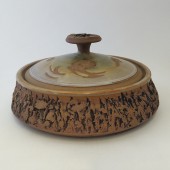 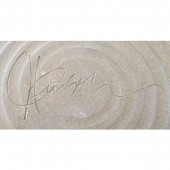 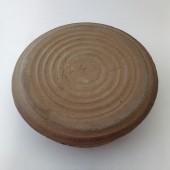 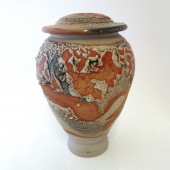 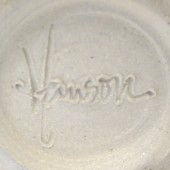 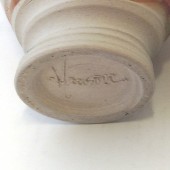 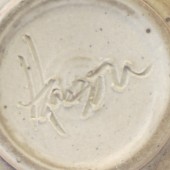 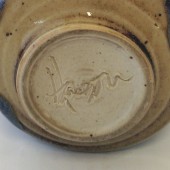 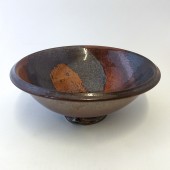