Fromhold opened a studio in Los Angeles in 1960, where he employed up to five apprentices, including Mayer Schater and Bertil Vellin (later Vallein), who became a notable glass designer at Kosta Boden in Kosta, Sweden. Another apprentice was Milt Kohl, who became Fromhold’s partner in operations in 1962. From 1967 to 1969, Frombold and Hohl relocated to Chino Valley, Arizona. They moved back to Los Angeles where Fromhold and Kohl worked together until Fromhold’s death in 1975.

In 1970, Fromhold documented his studio practice and life as a professional potter in a feature article for Ceramics Monthly[1]. Fromhold stated that he used a single clay body and single matte glaze for most of his work over a ten-year period. Experiments like a slip cast porcelain series was not as commercially successful and abandoned. 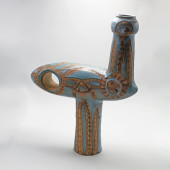 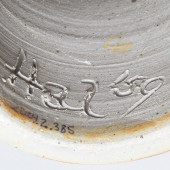 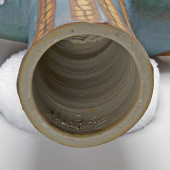