Chattering is accomplished by letting a metal object bounce on and off the surface of an unfired glazed object that is turning on the wheel and in the process removing bits of glaze. Finnegan is also known for his non-functional sculptural work which may employ trompe l’oeil books and often anthropomorphic birds engaged in questionable human activities such as gambling with dice or in murder scenes vignettes. His work is always wood fired and salt glazed in various colors.

Finnegan’s pottery is influenced by his time at Winchcombe Pottery (1800-) in England. Winchcombe had been led by Michael Cardew and later Ray Finch who hired Finnegan in 1978. By the time Finnegan returned to the U.S. he had embraced the aesthetics of the Winchcombe style and continued to honor its traditions by continuing to develop his unique style. Dan Finnegan founded Liberty Town Arts Workshop in 2001 that started as a small pottery school and turned into a center for arts and crafts with over 50 participating local artists.

Since 2001, all of Dan Finnegan’s pots are marked with a sprig created when he presses clay into a mold which leaves it raised on the pot’s surface. 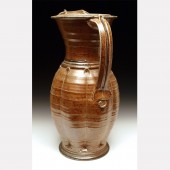 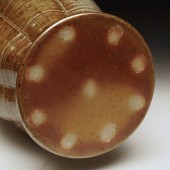 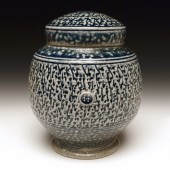 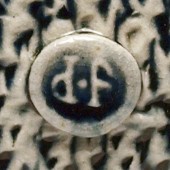 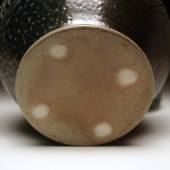