Feves’ inspiration for both the surface and form of her pieces often came from the natural surroundings of her home: the wheat fields and cliffs. Her use of locally sourced geologic materials resulted in unique signature clays and glazes.

At Washington State, she studied with the future Abstract-Expressionist artist Clyfford Still.

On her color palette, Garth Johnson noted that “in an era of promiscuous use of materials and mixed media, it is difficult to recall an exhibition of ceramics that is so relentlessly brown[1].” He also notes that among her generation, “Feves provided a strong female voice in an era dominated by charismatic showmen like Voulkos or Paul Soldner. She had strong opinions about ceramics and design and wasn’t afraid to express them[2].”

Feves went to New York City to attend the Art Students League but ended up completing an MA in art education from Columbia University.

In 1945, Feves moved back to the Pacific Northwest when she married physician Dr. Louis Feves, and the couple moved to Pendleton, Oregon. Here, she would raise four children and establish herself as a studio artist. Primarily, Feves divided her time between working in her home studio and teaching music lessons.  Fevers  served on the Pendleton Arts Council, on the Pendleton School Board, and the Oregon State Board for Higher Education. In 1977, she was one of the first recipients of the Oregon Governor’s Arts Award in recognition of her contribution to both visual art and music.

“FEVES” The F, V, and S have four cross lines 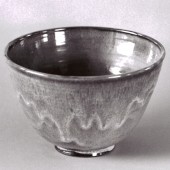 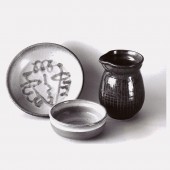 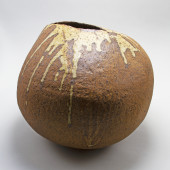 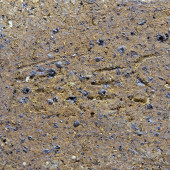 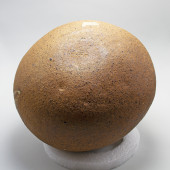