Elise Delfield is known for a wide range of wheel-thrown or hand built earthenware functional pottery.  Delfield’s work is often altered with dents to suggest budding flowers. Each piece is coated with a white clay slip which is fired followed by a watercolor-like technique application of  glaze and stain. Occasionally The surface decoration may be completed using slip trailing.   This is followed by a second firing. Firing in an electric kiln and slow cooling adds micro-crystals to the surface finish.

Delfield studied with Linda Arbuckle and Nan Smith at University of Florida and with Judith Solomon and Bill Broullard at Cleveland Institute of Art. Delfield. In addition, Delfield studied  with Michael Corney at Penland. 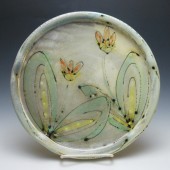 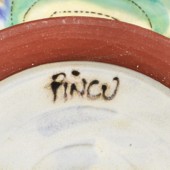 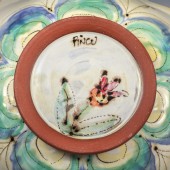