Colson was inspired by world travels. His own term for his artistic style was “neo-primitive.” Before settling down in Sarasota he had lived in 67 countries and had always found himself drawn to “native artists, particularly those working in clay[1].” Throughout his artistic career Colson worked with clay and bronze and was constantly interested in trying different techniques and materials. Colson claimed his desire to master so many different media came from his strong sense of adventure and the “desire to immerse himself in the mechanical and manual arts[2].”

Colson was born in Paris to a Latvian ballet dancer and an American opera singer. He came to the United States at the age of 4, and was raised by his aunt in southern California.

His first major job was at the television station at Florida State University (FSU), Tallahassee, Florida where he started working nightly in the art department. Here he would throw pots “like crazy[3]” each night after work. In 1963, Coleson left FSU to open a pottery school in Sarasota, Florida.

Colson was an important member of the Sarasota arts community for most of his life. He served on the Board of Directors of the Museum of Asian Art in 1999, the Board of Public Art Advisory from 1990 to 1993, as its chairman from 1993 to 1994, and was the juror for the Ringling Museum of Art 20th craft festival in 1991. 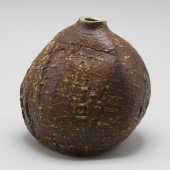 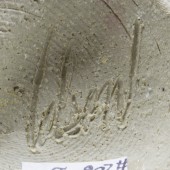 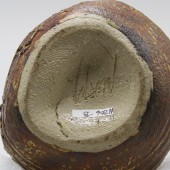