Carcia describes the process as:

Saggar-fired. When bone dry, three or four coats of terra sigillata (the finest of clay particles) are brushed on each piece; the pieces are then polished and bisque fired to1751 degrees F (cone 08) in an electric kiln.  After firing each piece is put into a saggar (a clay container) that contains sawdust and/or salt marsh hay (some of which has been mixed with oxides), seaweed, green hay and salt. The fuming of the combustibles, oxides and salt during the firing are absorbed into the porous clay body and produce the inspiring visual textures and colors. The saggars are fired in a gas kiln to 1587 degrees F (cone 012). This firing takes six to seven hours.

Finally the kiln is unstacked and the saggars unpacked; this is the most exciting part. I never know quite how each piece will come out; but I know each will be unique.

Because of the low firing temperature, these pieces remain porous. And are to be used in a purely decorative or sculptural way.

Naked Raku. A new process to me that allows me to fire pieces using a fine slip covered with a light coating of glaze (just enough to hold the slip in place during a raku firing).  As soon as the kiln reaches temperature (around 1400 degrees), the pieces are pulled from the kiln and placed in a container with combustible material that will turn the pieces gray to black where the surface of the pieces are exposed.  After 20 minute or so, the pieces are removed from the bucket  and often placed in a bucket of water to help facilitate the removal of the slip/glaze combination.

When pulled from the kiln and exposed to the cooler temperature of the day, the slip/glaze begins to shrink and form cracks with allows the smoke and fuming from the combustible materials in the bucket to turn the now exposed areas to gray and deep black.

As much thought that goes into this process, like saggar firing, each piece is a surprise as it unwraps itself from the slip/glaze eggshell that is an integral part of this process.

Joan Carcia is a co-founder of the State of Clay biennial exhibition in Lexington, Massachusetts. 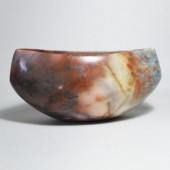 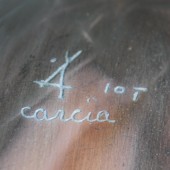 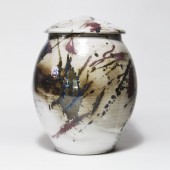 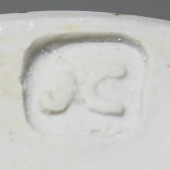 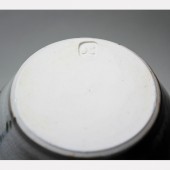 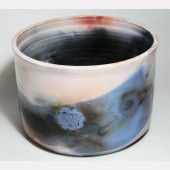 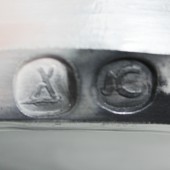 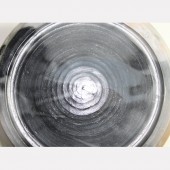