Rob Barnard is known as a master of functional wheel-thrown wood-fired stoneware. The iron content of his clay body fires to a rich reddish-brown color. Barnard’s unglazed pottery is fired raw in an anagama (wood-fired kiln) over a period of 3 days and nights. The surface effects and coloration are the direct result of the lengthy firing process.

Barnard’s pre 2004 work is predominantly unglazed; after 2004 a white slip was quickly applied. Barnard reports (August 10, 2017), “The glaze is a simple limestone glaze applied over white slip which is applied to the same clay body I use for the wood fired work. The white glazed work is fired in an oil kiln.”

Barnard’s work is frequently compared to Japanese Bizen ware and reflects his studies in Japan with master Janzuo Yagi. Barnard reports (August 10, 2017), “(I) Went to Japan as a research student at the Kyoto City University of Fine Arts. My teacher was Kazuo Yagi. I was enrolled there for 3 years and during my 4th year in Japan I was a private student of Yagi. My mark was adopted from a calligraphy that Yagi wrote for me on my departure from Japan which was “enshin”.  Enshin refers to the center of something being still while around it things spin (i.e. The calmness in the eye of a hurricane.) 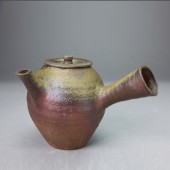 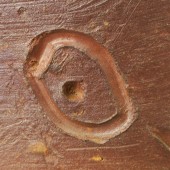 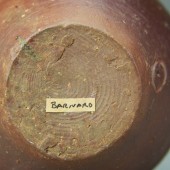 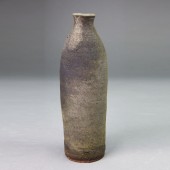 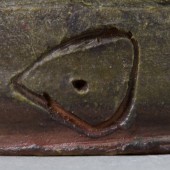 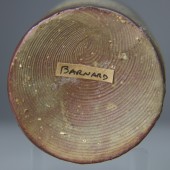 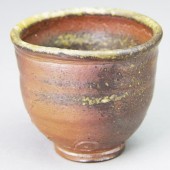 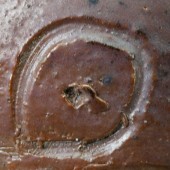 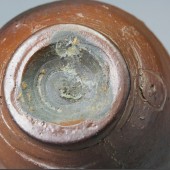 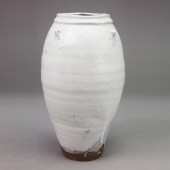 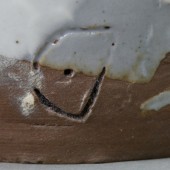 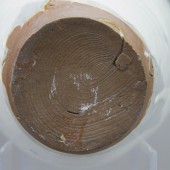 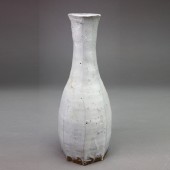 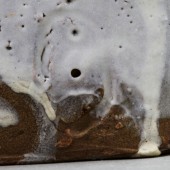 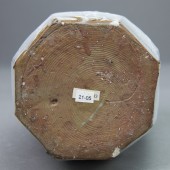 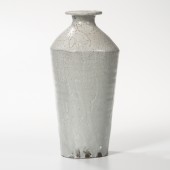 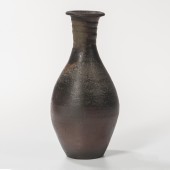