She is inspired by the texture and design of Japanese woodblock prints. She prefers woodfireing techniques that she says, “are chosen to allow the lively movement of the flame to add color and unpredictability to my otherwise highly controlled design”. 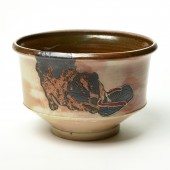 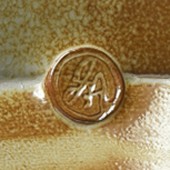 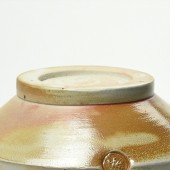