A prominent feature in Anderson's work is the remnant of throwing rings. These ridges created on the surface of the pot are made by the maker's fingers as clay is pulled up from the base of the pot as the wheel turns, creating the desired form with horizontal surface shadows-throwing rings. Glaze firing is completed using a high fire propane gas kiln, fired to 2,350 degrees Fahrenheit. Finished glazes appear as earth toned, cream with blue accents, or intense red to gray, respectively. 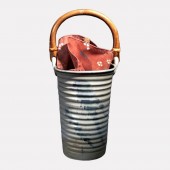 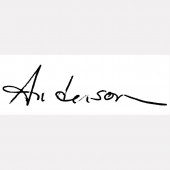 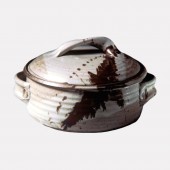 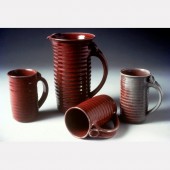 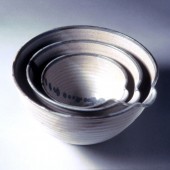